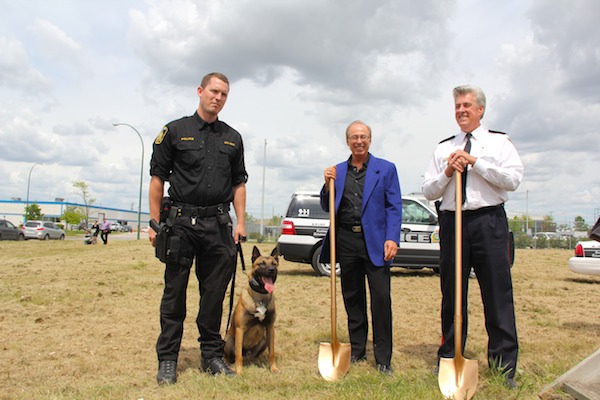 Ground was officially broken Friday on the new canine unit that will house 23 Winnipeg police service dogs on the eastern edge of the city.

The facility will be located adjacent to the East District police station at 77 Durand Road.

The 4,500 square foot kennel facility will have 11 air-conditioned indoor kennels and attached dog runs, as well as a large community classroom and common area for public demonstrations and office space for the 12 officers in the unit.

Police Chief Keith McCaskill and Mayor Sam Katz were on hand for the groundbreaking Friday afternoon.

“Officers and their canine partners demonstrate their commitment to the citizens of Winnipeg by searching and apprehending fleeing suspects and in other ways where police members require assistance,” McCaskill said. “Their dedication is something we are all very proud of. I am pleased to be a part of providing them a new home.”