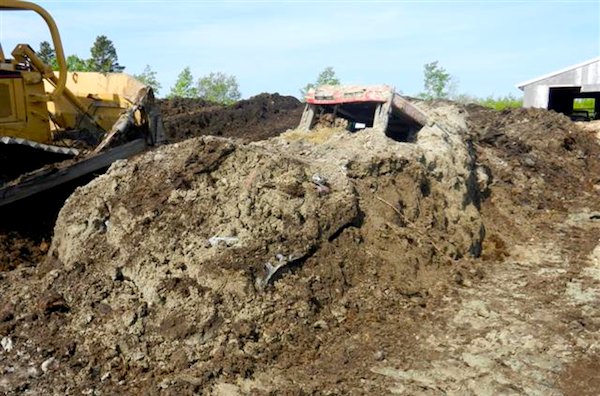 A tractor reported stolen in December 2010 was recently located after police received a tip. It was buried underneath several feet of manure in the RM of Fisher. (RCMP HANDOUT) 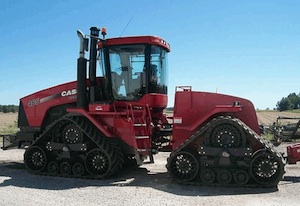 A tractor worth approximately $300,000 has been found after being reported stolen nearly 18 months ago. The bad news? It was found buried underneath about 15-feet of manure.

RCMP say the 2009 Case IH Steiger 485 tractor was stolen overnight on December 21, 2010. The investigation found the tractor was loaded onto a trailer after suspects gained entry to where it was being stored.

A tip to Crime Stoppers led investigators to a property southwest of the town of Fisher Branch, where they eventually located the tractor after executing a search warrant on May 31. An excavator was hired to dig the tractor out of the large pile of manure.

A 24-year-old man and 22-year-old woman, both from the RM of Fisher, were arrested and will appear in Peguis court this summer.