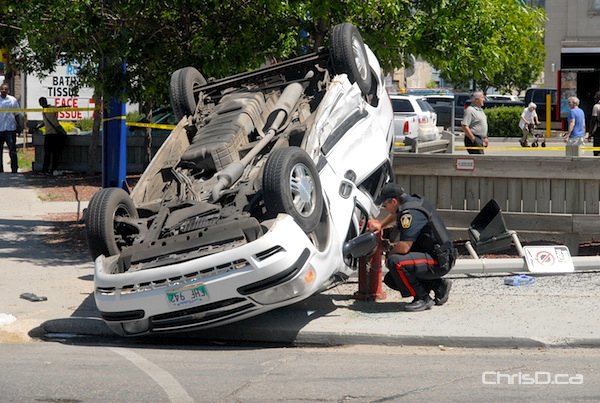 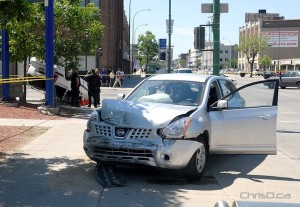 A Nissan SUV sits damaged near where a van flipped on Portage Avenue at Maryland Street Tuesday. Multiple people were sent to hospital. (STAN MILOSEVIC / CHRISD.CA)

Four people were taken to hospital Tuesday afternoon after a two-vehicle crash on Portage Avenue at Maryland Street.

A Chevrolet Venture minivan sat on its roof near the scene after being involved in a collision with a Nissan SUV. The Nissan came to a rest on the sidewalk with both of its airbags deployed.

Winnipeg police said numerous people were injured in the wreck, which happened just before 1:30 p.m.

Police have rerouted traffic while they investigate: