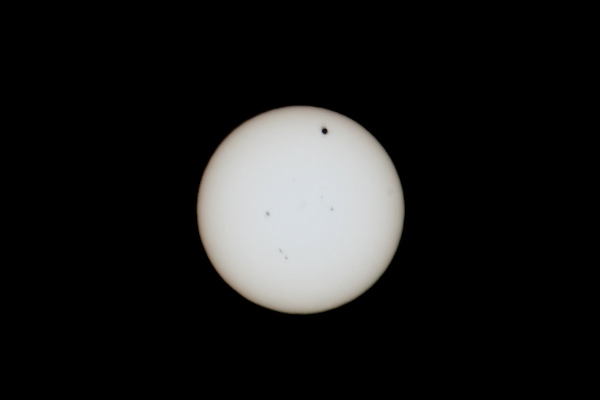 Skywatchers across the world gathered Tuesday to see Venus pass in front of the Sun.

The transit of Venus began shortly after 5 p.m. CT and won’t occur again until 2117. Only six transits of Venus have even been recorded — the last of which happened in 2004.

Astronomers and even people with just a faint interest in the solar system came together at several organized viewing locations across Winnipeg. At Assiniboine Park, the Manitoba Museum hosted an event where people could gaze through the safe filter of a telescope lens and through solar-filtered glasses. The University of Manitoba and University of Winnipeg also held events.