Manitoba Designates a Highway of Heroes 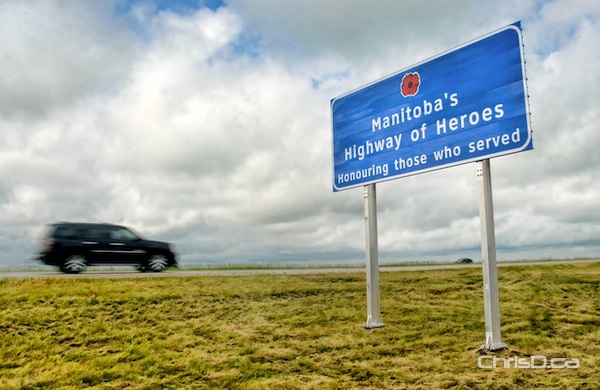 Manitoba's Highway of Heroes will run from Winnipeg to Brandon and honour soldiers who have fought in Canada's armed forces. (STAN MILOSEVIC / CHRISD.CA) 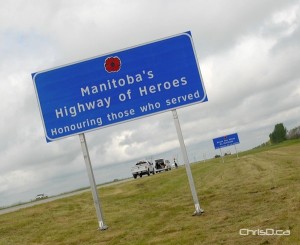 Manitoba has joined other Canadian provinces by unveiling a Highway of Heroes to honour Canada’s military and veterans.

“For over 100 years, thousands of Manitobans have served our country with unwavering commitment, dedication and bravery,” Selinger said. “The designation of this highway is one way we honour their legacy and sacrifice, and recognize the pride and profound thanks of all Manitobans to the women and men of our Canadian Forces.”

The stretch of highway will span 200 kilometres between Winnipeg and Brandon.

Highway markers located just west of Winnipeg and east of Brandon on the Trans-Canada Highway feature the iconic red poppy at the top and the Highway of Heroes name in both official languages with reflective white lettering on a blue background.

British Columbia, Saskatchewan and Ontario also have a Highway of Heroes, meant to pay tribute to Canada’s armed forces.