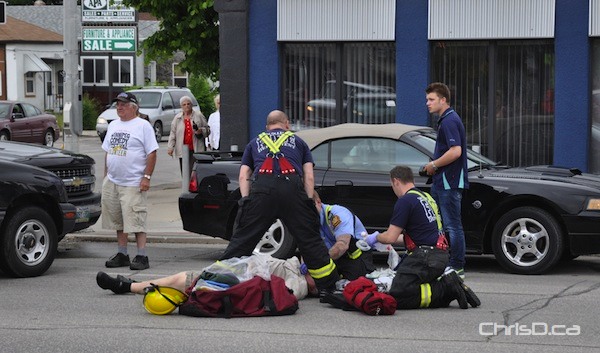 A 64-year-old man was sent to hospital in critical condition Friday afternoon after being struck by a vehicle in St. Boniface.

The crash happened at around 2:45 p.m. at the intersection of Marion Street near Des Meurons Street.

UPDATE: Tuesday, June 12 — The victim has since succumbed to his injuries. The 74-year-old female driver is facing charges.