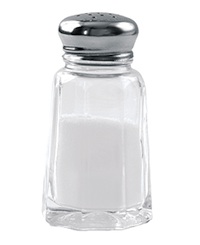 In a bid to lower the intake of salt in the diet of Canadians, Manitoba is working with other provinces and territories by contributing to a report on the reduction of sodium.

A joint report, “Reducing the Sodium Intake of Canadians: A Provincial and Territorial Report on Progress and Recommendations for Future Action,” was released Friday. It includes a commitment by the provinces and territories to reduce sodium intake to a population average of 2,300 milligrams per person, per day by 2016.

The report focuses on action in four key areas: lowering sodium in the food supply, awareness and education, research, and monitoring and evaluation.

The province noted that although Quebec contributed to the report, it does not subscribe to a Canada-wide strategy in this area.