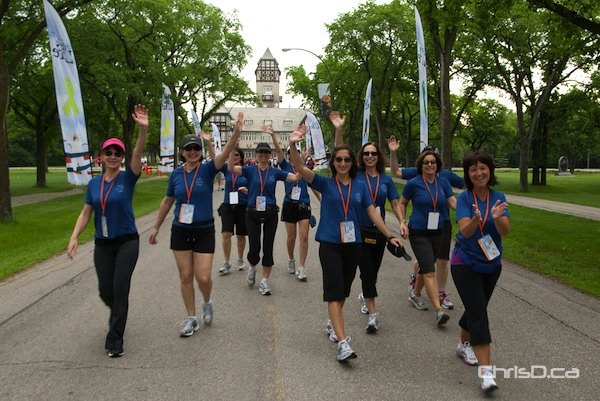 The dreary weather on Saturday didn’t dampen the spirits of the nearly 600 walkers who took part in the fifth annual CancerCare Manitoba Foundation Challenge for Life.

The 20k walk raised critical funds and awareness for CancerCare Manitoba and their continued fight against cancer. Donations will fund patient services, support and research.

The walk began at Assiniboine Park with a pre-walk warmup and opening ceremonies before making its way through several of Winnipeg’s oldest neighbourhoods. The roughly five-hour event wrapped up back at the park with entertainment.