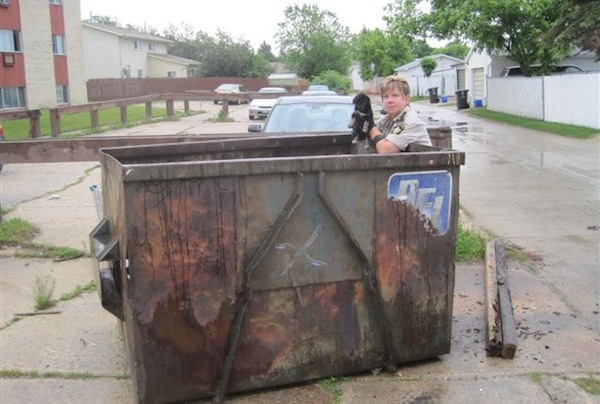 An Animal Services officer rescues 'Rayne' from a dumpster in the 1000 block of Jefferson Avenue last week. (CITY OF WINNIPEG) 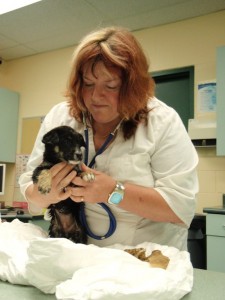 Rayne receives medical care after being rescued from a dumpster. (CITY OF WINNIPEG)

A puppy rescued from a dumpster last week on Jefferson Avenue is receiving the care it deserves thanks to the city’s Animal Services.

Rayne was recovered by officers with the unit, who later took it to receive medical treatment. The incident was just one of 12,000 animal-related calls received annually that the city handles.

Animal Services is reminding the public that if they are unable to care for their dogs, there are many resources available in Winnipeg. Ask family, friends, co-workers, or seek the assistance of the numerous animal welfare groups in Winnipeg, the city says.