Woman Sent to Hospital Following Crash on the Perimeter Highway 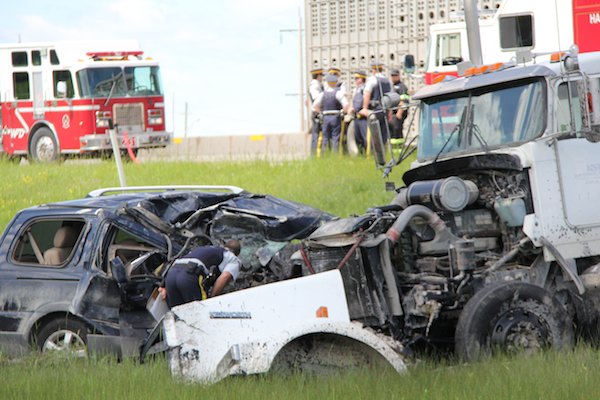 A minivan sits in the ditch after being involved in a crash with two separate vehicles on the Perimeter Highway at St. Mary's Road on Tuesday, June 12, 2012. (SHANE GIBSON / METRO WINNIPEG)

A three-vehicle crash on the south Perimeter Highway Tuesday sent a woman to hospital with unknown injuries.

The crash happened on the Perimeter at St. Mary’s Road shortly before 11 a.m.

RCMP say the woman’s westbound minivan collided with a motor home also travelling west, forcing the van to cross the median, where it was struck by an eastbound semi-trailer truck.

The roadway was closed for several hours while police investigated.

There were no other reported injuries in the crash.