Home » News » Cyclists Injured in Crash with Truck on McPhillips

Cyclists Injured in Crash with Truck on McPhillips 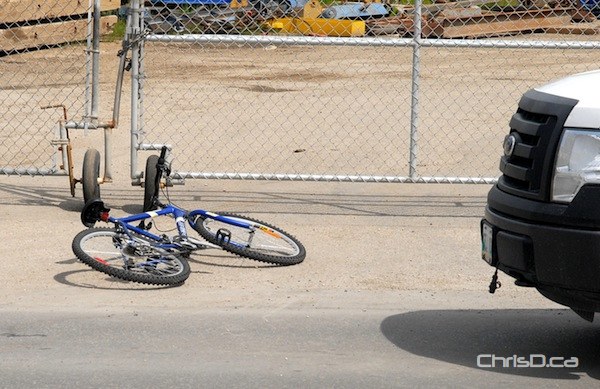 A bike lies in the roadway on McPhillips Street near Pacific Avenue following a crash with a pickup truck on Friday, June 15, 2012. (STAN MILOSEVIC / CHRISD.CA)

Winnipeg police shut down McPhillips at Pacific Avenue to all northbound vehicle traffic at about 2:20 p.m.

Details on the crash are minimal, but a witness says a pickup truck and cyclist collided. The cyclists’ injuries are reported to be serious, but non-life threatening.