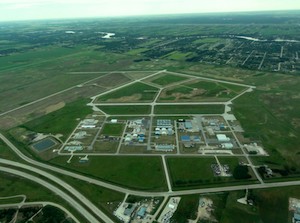 Steven Fletcher, Minister of State (Transport), announced the St. Andrews Airport will receive $16,211 to install fibre optic signs, The Pas Airport is receiving $186,756 to purchase a snowplow truck, and the Thompson Airport will see $554,448 to purchase a towed runway sweeper and a snow blower.

“Infrastructure investments at regional airports are a key part of our government’s plan to create jobs and generate economic growth,” Fletcher said. “I am pleased that this funding will directly and indirectly create jobs for the airports and local suppliers.”

Fletcher made the announcement in a hangar at the Western Canada Aviation Museum in Winnipeg.