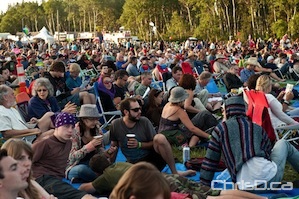 Manitoba’s population grew by 16,045 people from April 2011 to 2012, figures released by Statistics Canada on Thursday showed.

Since last April, nearly 10,300 more individuals came to Manitoba than left for other provinces or countries, nearly matching last year’s record total of 10,353. Bjornson said the main driver of this growth was the record arrival of 16,074 immigrants from around the world.

“With this population gain, Manitoba has now exceeded the national growth rate for the third consecutive year,” said Entrepreneurship, Training and Trade Minister Peter Bjornson. “Additionally, our growth was the third highest among the provinces.”

During the last 12 months, there were 16,483 babies born in Manitoba — the highest number of births in the last 17 years.