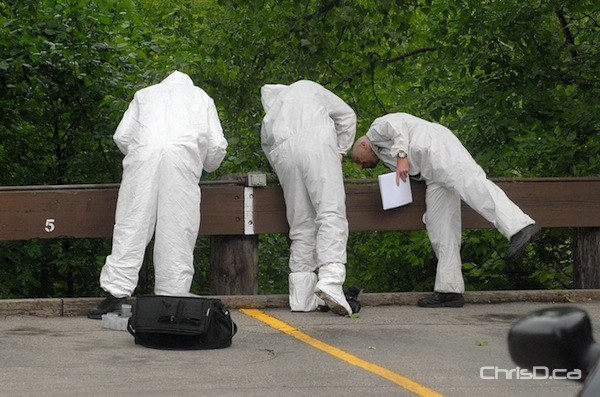 Winnipeg police investigate after a woman was stabbed and later died in the 100 block of Clayton Drive on Wednesday, June 20, 2012. (STAN MILOSEVIC / MANITOBAPHOTOS.COM) 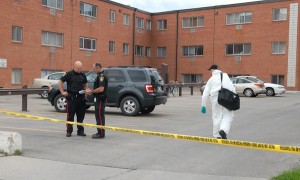 Police tape off a large area around where a woman was stabbed in St. Vital on Wednesday. She succumbed to her injuries in hospital. (STAN MILOSEVIC / MANITOBAPHOTOS.COM)

Winnipeg police have a suspect they’re looking for in connection to a daytime attack that left a woman dead in St. Vital on Wednesday.

Kaila Latoya Tran, 26, was stabbed in the upper body at about 7 a.m. while outside of her apartment complex on Clayton Drive near St. Anne’s Road. She later died in hospital from her injuries.

Police are now searching for a man they say was seen fleeing the area. He’s described to be in his early 20’s, about 5’6″ to 6″ tall with short dark hair, a slim build, and dark, olive skin.