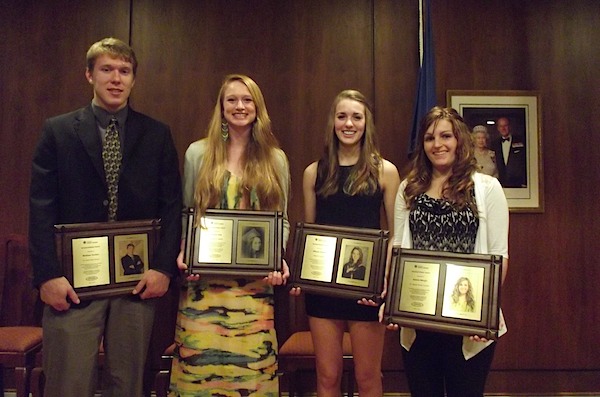 The awards were presented at Government House by Lieutenant Governor Philip Lee. A total of 28 student athletes were nominated.