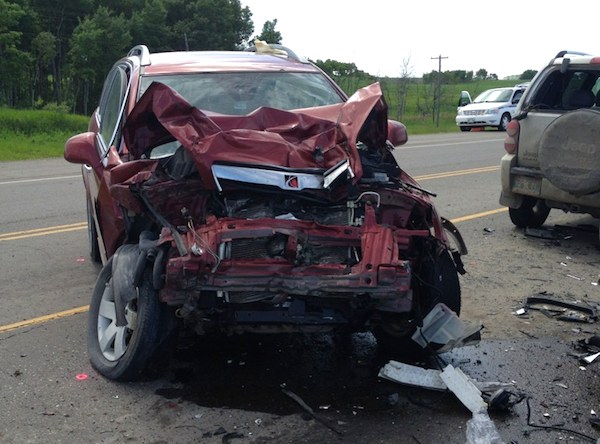 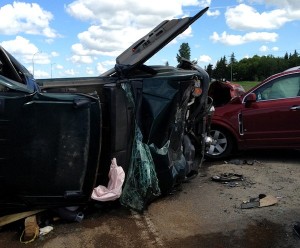 Several vehicles were damaged in a crash on Highway 10 north of Brandon that sent two people to hospital on Friday. (RCMP HANDOUT)

RCMP say the crash happened at about 8:30 a.m. in a construction zone on Highway 10 near PR 25. A line of vehicles were stopped by a flag person while waiting for a pilot vehicle when a southbound SUV ran into the last vehicle, causing a chain reaction.

The two adults sent to hospital are being treated for undetermined injuries, while the remaining three people were treated at the scene.

Police say motorists should expect delays in the area as a detour is in effect. A collision analyst is investigating the crash.

← Previous: Balanced Budget on the Books for Manitoba Museum Next: Commuters Use Pedal Power to Bike to Work →
Tags: Accident | RCMP