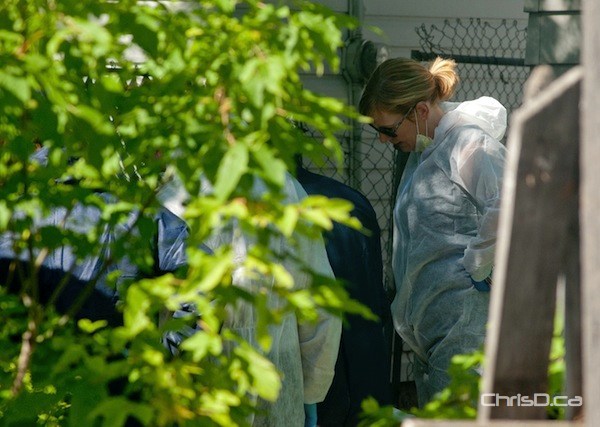 Winnipeg police investigate the discovery of a body in the 700 block of Simcoe Street on Friday, June 22, 2012. (STAN MILOSEVIC / CHRISD.CA) 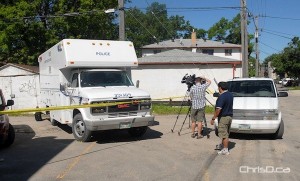 Media setup behind the police line near Simcoe Street as police investigate the discovery of a body on Friday. (STAN MILOSEVIC / CHRISD.CA)

Winnipeg police are investigating after a body was located near a dumpster on Simcoe Street Thursday evening.

In what police originally referred to as a “unidentified item” under “suspicious circumstances” Friday morning, they later confirmed a body was in fact found in the 700 block of Simcoe Street.

A witness on scene told media that the body was wrapped in a plastic bag and appeared to be decomposing.

The homicide unit is investigating.