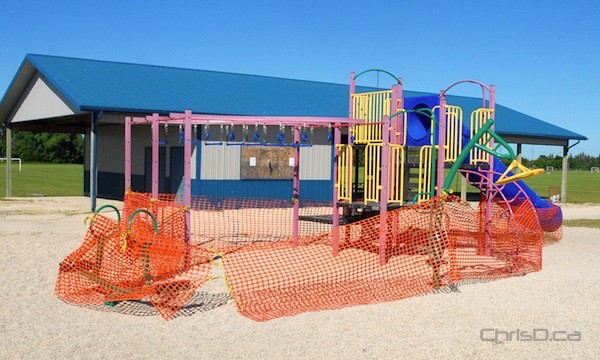 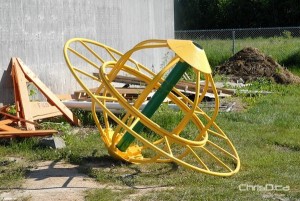 Part of a play structure that collapsed in East St. Paul on Sunday. (STAN MILOSEVIC / MANITOBAPHOTOS.COM)

RCMP say it happened shortly after 2:30 p.m. at a soccer field on Raleigh Road.

Several children, ranging in age from 10- to 13-years-old were spinning on the structure at the time. Two boys, both 13, were taken to hospital with non-life threatening injuries.