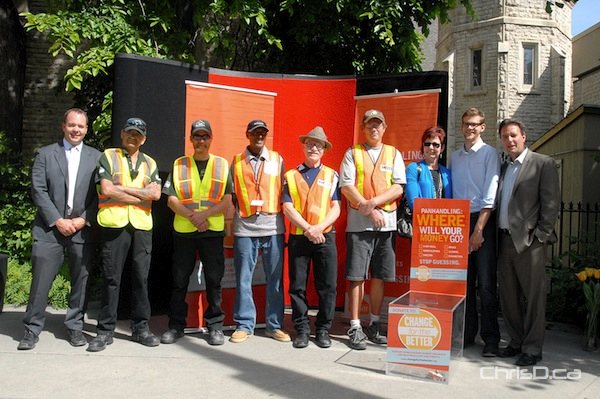 The Downtown Winnipeg BIZ launched an anti-panhandling campaign Monday, encouraging Winnipeggers to give their spare change to reputable programs intead.

“Panhandling and homelessness remain visible realities on the streets of our downtown and our city,” said Stefano Grande, executive director of the BIZ. “We want our downtown community to be proactive — when you know the right way to help those living on the streets; you’re contributing to positive, lasting change.”

The BIZ suggests people donate to its Change for the Better program instead, where money can be properly allocated to help the city’s homeless population.

This week, downtown residents, office workers and visitors will see Downtown BIZ Watch ambassadors stationed at kiosks located on downtown sidewalks to raise awareness and donations for Change for the Better.