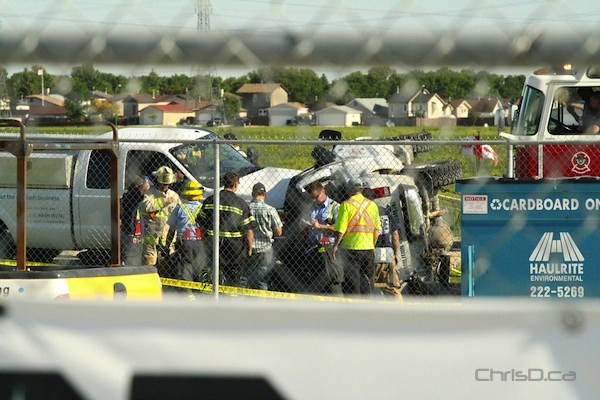 Emergency personnel work at the scene where a pickup truck rolled on Gunn Road in the RM of Springfield on Monday, June 25, 2012. (HOWARD WONG PHOTO)

A driver who was pinned under his vehicle after his pickup truck rolled on Gunn Road was freed by passersby Monday afternoon.

RCMP say the pickup was travelling eastbound towing a trailer in the RM of Springfield when it lost control and landed on its roof.

Police remained at the scene for much of the evening, with traffic in the area being restored at around 11 p.m.

The driver was taken to hospital with unknown injuries.

The investigation into the crash is ongoing.