Home » News » Victim’s Boyfriend Arranged to Have Her Killed: Police

Victim’s Boyfriend Arranged to Have Her Killed: Police 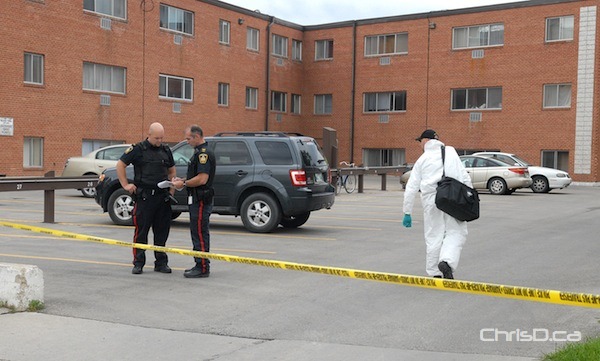 Police tape off a large area around where a woman was stabbed in St. Vital on Wednesday, June 20, 2012. She succumbed to her injuries in hospital. (STAN MILOSEVIC / MANITOBAPHOTOS.COM)

Two men have been charged with first-degree murder in the death of a Winnipeg woman stabbed outside of her St. Vital apartment on June 20.

Winnipeg police say Kaila Tran’s death was planned, having been arranged by her boyfriend who had another man allegedly carry out the act. Police say the couple had a dispute a short time prior to the attack.

The incident happened as Tran, 26, was walking to her vehicle at about 7 a.m. in the 100 block of Clayton Drive. She suffered upper body stab wounds and succumbed to her injuries in hospital. Numerous people nearby witnessed the attack.

Police were also able to recover what they believe was the weapon used in the attack after searching the Seine River.