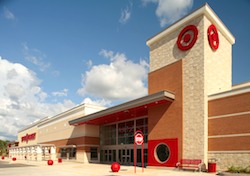 The future site of the old Canad Inns Stadium will become a mixed-use development site anchored by Target after the city sells off the land for $30.25 million.

The space at 1465 Maroons Road will also include other retailers under the guidance of Cadillac Fairview and Shindico Realty. The two companies, called Polo Park Holdings L.P, will develop as a result of an expression of interest put out by the City of Winnipeg in April 2011. They will also be responsible for demolishing the old stadium.

The city will use $20 million of the net proceeds for infrastructure and service requirements in the Polo Park vicinity, with $10 million already committed to the new Investors Group Field football stadium. The remaining $7.5 million will be provided as a grant towards construction at the new stadium and $2.5 million to support the development of a community-accessible fitness centre at the University of Manitoba.

Two additional 7,000-square-foot retail buildings are also part of the plan. Phase two includes development of the balance of the site, to be advanced over the next five to six years, based on market demand.

Target has previously announced plans to open up several stores in Winnipeg and one in Brandon by 2013.

Construction could begin by September 2013 if approved by a city committee.