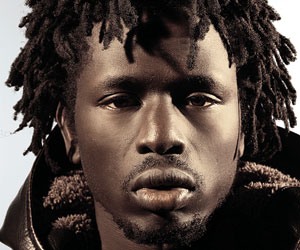 Jal, who grew up in southern Sudan when the second Sudanese civil war broke out, has risen above life in a war-torn country to find success with music.

“The festival is honoured to host someone like Emmanuel Jal,” said Chris Frayer, the Folk Festival’s artistic director. “His story of survival as a war child in Sudan and his subsequent rise to being an international music star is one of the stories of inspiration we would like to share with our audience.”