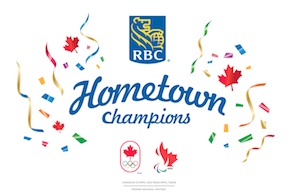 RBC is embarking on a cross-country Cheer Tour to help Canadians cheer on their local athletes headed to the 2012 Summer Olympic Games in London.

Winnipeg native Desiree Scott, three Winnipeg rowers, and runner Nicole Sifuentes are some of the local athletes competing on the world stage.

RBC’s Cheer Tour will be drawing up support at various locations across Manitoba, including Winnipeg on Saturday, August 11. One of three London cabs will be used as an attention-grabber to encourage people to stop by and pass along their good vibes. Fellow Winnipegger and former Olympian Clara Hughes will be in attendance in front of B-103 Osborne Street from 6 p.m. to 9 p.m. as part of the celebrations.