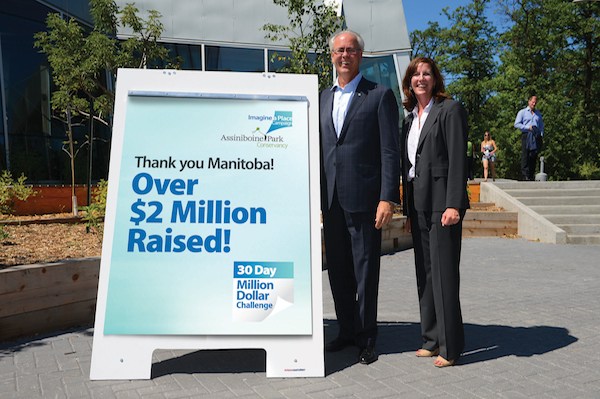 A month-long campaign to raise $1 million for Assiniboine Park shattered expectations and surpassed its original goal.

A total of $2.1 million was raised during the 30-Day Million Dollar Challenge in June, part of the $200 million Imagine a Place campaign to better the park and zoo.

“It doesn’t happen often, but I’m absolutely speechless,” said Margaret Redmond, president and CEO of the Assiniboine Park Conservancy. “We’re a fairly new organization so this was really the first time we had gone to our community to ask for their support and this kind of result shows how much Assiniboine Park means to the people of this province.”

Funds raised will be used towards the multi-million dollar redevelopment plan to revitalize the park and zoo. The overall campaign currently stands at $113 million raised.