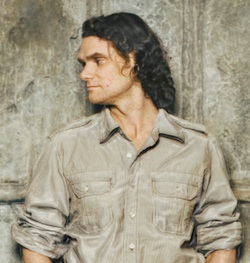 Contemporary guitar musician Jesse Cook is returning to Winnipeg for a performance at the Pantages Playhouse Theatre.

Cook will bring his award-winning sound to the city on Thursday, December 6.

Cook is set to release his eighth studio album in Canada September 18 and September 25, 2012 in the U.S.