Helicopter Crashes in Field Near Russell 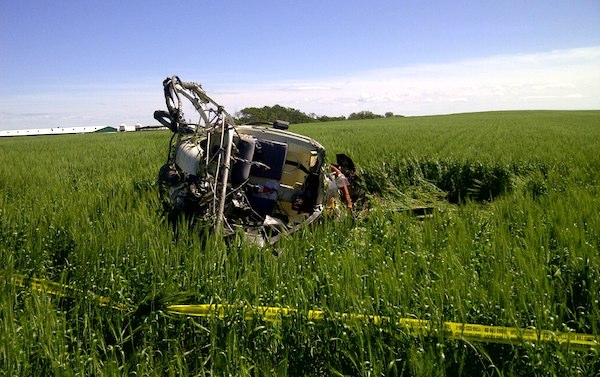 A Bell 206 JetRanger helicopter crashed in a field east of Russell on Wednesday, July 4, 2012. The pilot was able to make it out of the aircraft. (RCMP HANDOUT)

RCMP and Transport Canada are investigating following a helicopter crash east of Russell, Manitoba on Wednesday.

The Bell 206 JetRanger went down at about 11 a.m. after it lost control while spraying crops and plummeted to the ground.

The male pilot was able to make it out of the aircraft and find help at a nearby farmyard. He was taken to hospital for treatment of unknown injuries.

RCMP say the helicopter was destroyed on impact and is owned by a company from North Bay, Ontario.

The crash happened in an area about six kilometres south of Silverton.