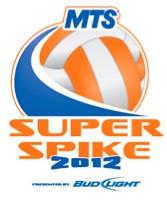 Moses Mayes will headline the main stage on the evening of Friday, July 20. Celtic rockers the Dust Rhinos, 90’s rock act the Nooners, and DJ Turbulence have also been added to the performer roster.

On Saturday, July 21, an eclectic mix of local music favourites, including reggae band Stamina and Jah Vibes will perform, as well as local original electronic duo the Black Out City Kids, and Country Rocker Sol James. Dow Jones will close out the event at the Red Bull beach party Saturday evening.

Organizers said on Thursday that more than 225 teams have already registered to date. The goal this year is for 300 teams to take part.

Weekend long concert and festival passes for non-tournament participants can be purchased at SuperSpike.ca for $25.