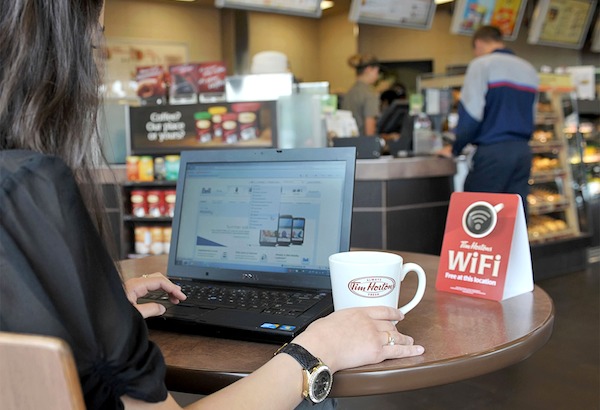 Tim Hortons will roll out free Wi-Fi to 90 percent of its Canadian locations by September. (CNW GROUP / TIM HORTONS)

Tim Hortons customers will soon be able to surf the Internet while sipping on their double-double.

The Canadian coffee chain announced Thursday plans to outfit 90 percent of its restaurants with Wi-Fi by September.

Tim Hortons has been testing Wi-Fi for six months with multiple service providers and has settled on a partnership with Bell.

More than 2,000 traditional restaurant locations will have access to the network, excluding kiosks and smaller operations such as in universities and hospitals.