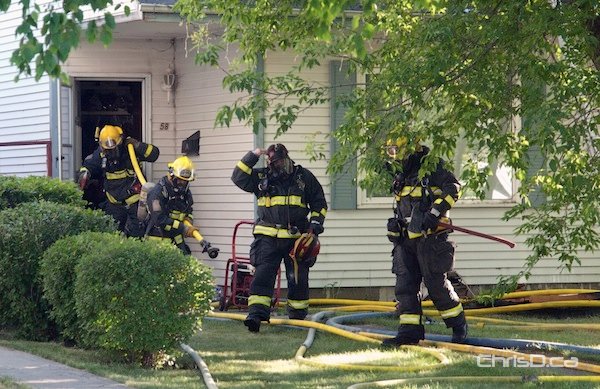 Firefighters at the scene of a house fire at 58 Birchbark Bay on Sunday, July 8, 2012. (STAN MILOSEVIC / CHRISD.CA)

A fire in West Kildonan on Sunday sent three people to hospital with minor injuries.

The fire broke out around 6:30 p.m. at 58 Birchbark Bay. The fire began in an upper bedroom. One person was taken to Health Sciences Centre and two others were taken to the Children’s Hospital. They were all treated for smoke inhalation.

Pets were also rescued from the home and taken to Animal Services. The cause of the blaze is under investigation, and damage is estimated at $300,000.