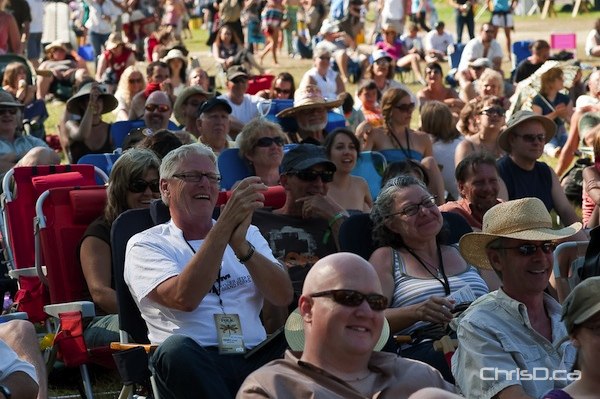 More than 60 musical acts, almost 3,000 volunteers and nearly 7,000 campers took in the Winnipeg Folk Festival last weekend, resulting in one of the best years the 39-year-old festival has seen.

In total, 53,826 people took in the festival over its five-day run, watching  336 musicians perform on stage. In addition, the Manitoba Government pledged $650,000 towards the improvement of the festival site, including a new festival village, entrance and egress infrastructure, new forest stages and shade, water and electrical upgrades throughout the site.