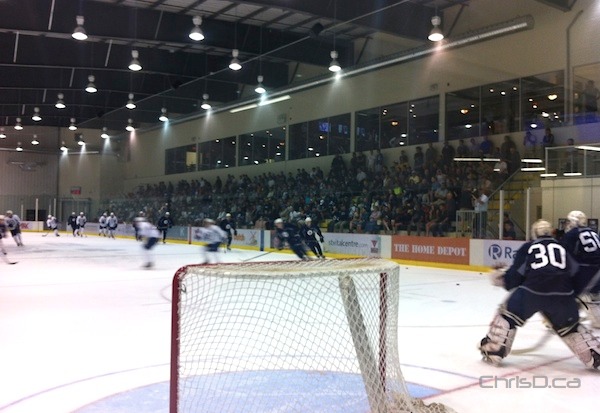 WINNIPEG — It may have been 30-degrees outside MTS Iceplex on Monday afternoon, but the ice was in perfect shape inside for the start of the Winnipeg Jets 2012 Development Camp.

And the crowds came out in droves to see 38 young players and prospects looking to crack the big-league roster.

“You don’t get that everywhere,” said 2012 first-round draft pick Jacob Trouba of the estimated 600 fans who came to witness just over an hour of non-contact drills. “But it was cool to come out there and see all those people that come out and support the team.”

“It was fun,” added the 6-foot-2 18-year-old blue-liner. “It was a little nerve-wracking at the beginning but I got the hang of it, I think.”

Missing from camp on Monday was highly touted forward prospect Ivan Telegin who is said to still be recovering from a knee injury sustained during the Barrie Colts’ OHL playoff run.