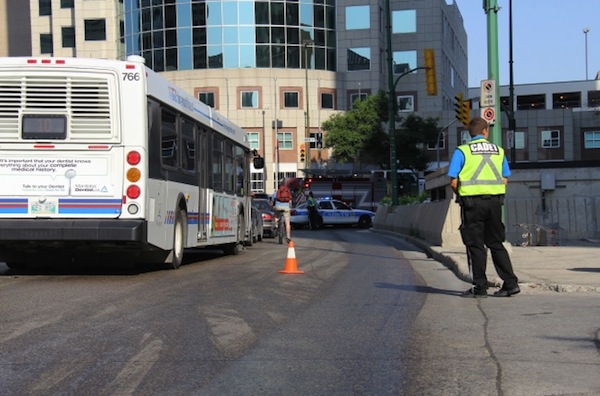 Winnipeg police say an oil slick is the cause behind major traffic delays in Winnipeg’s downtown Tuesday morning.

Police said they are using “considerable resources” to direct traffic between Portage and Main and the Provencher Bridge.

It appears a truck leaked some sort of unknown substance onto the streets in that area. Motorists are being asked to avoid the area while crews sand down the spill.