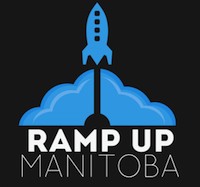 A new group has formed with the goal of keeping Manitoba’s best and brightest technological minds in the province.

Called Ramp Up Manitoba, ‘Pegger Chris Johnson said Manitoba has lost numerous technologically-talented people to Silicon Valley, Vancouver or Toronto when they should be staying here.

“I personally know and have talked to many of these bright, young minds and they all say they’d love to be living and working in Winnipeg,” said Johnson in a release. “But, they have left because the exciting, lucrative opportunities are not plentiful enough here.”

Johnson, along with Dustin James and Brad Kendall have launched the group, which they hope will unite entrepreneurs, developers and designers to increase the number of technology start-ups in Manitoba. They’re going to start by holding meet-ups.

The first meet up will happen at 6 p.m. at Tipping Canoe, 601-62 Albert Street, on Tuesday, July 17. For more information, visit RampUpManitoba.com.