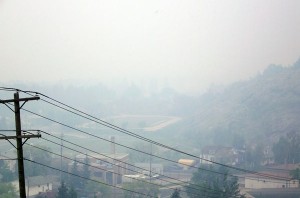 The Province of Manitoba has cancelled burning permits in much of Manitoba, saying hot, dry conditions have pushed forest fire risks to high.

Manitoba Conservation and Water Stewardship cancelled all burning permits in Northern and Central Manitoba on Friday. New permits will not be issued, but campfires are still allowed so long as they are in enclosed, approved firepits.

“Many hunters, fishers and outdoor enthusiasts are actively enjoying the outdoors, raising the danger of accidental, human-caused fires,” states a press release. “Travellers, hikers and hunters, and anyone in wooded and grassland areas are encouraged to be cautious and careful around any potential fire sources until current conditions subside.”

The temperatures are expected to remain in the low 30s for the next several days in many spots around Manitoba.