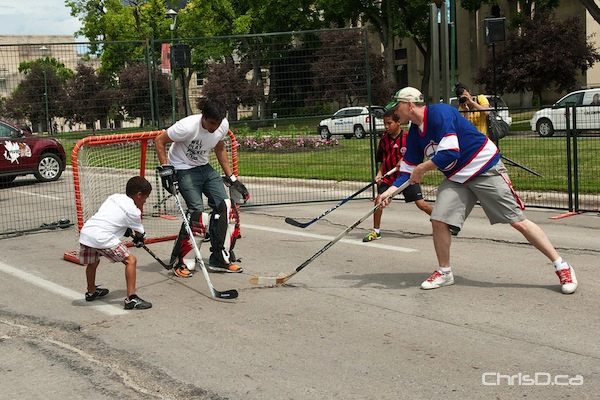 Hunger will be tackled by hockey players Saturday as part of the Five Hole for Food in support of Siloam Mission.

The coast-to-coast hockey tournament is in its third year and raises funds for local food banks in 13 cities when amateur hockey players form teams and collect pledges. The drop-in ball-hockey games will aim to collect 100,000 pounds of food for Canadians in need.

The four-person road crew, lead by founder Richard Loat (above), sets up ball-hockey games in each major city from St. John’s to Vancouver.

The hockey game in Winnipeg will take place in front of the Scotiabank Stage from 12-3 p.m. tomorrow.