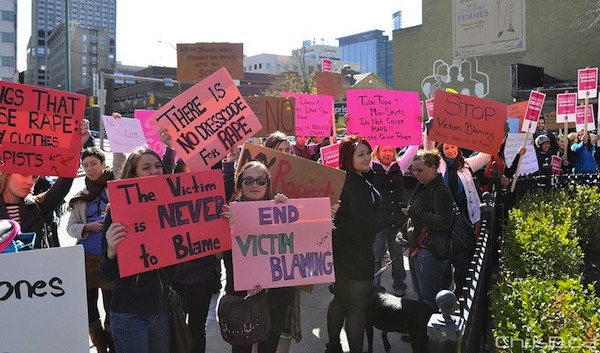 Demonstrators hold signs as part of the SlutWalk march on Saturday, October 15, 2011 to protest against women being sexually assaulted based on the clothing they choose to wear. (MAURICE BRUNEAU / CHRISD.CA FILE)

A global movement to alter the attitudes of sexual violence and victim-blaming will return to Winnipeg streets on September 15.

The SlutWalk was sparked after a Toronto police officer told a group of university students last spring to not “dress like sluts” to avoid being raped.

The Winnipeg SlutWalk organizers are a diverse group including a wide range of ages, education and experiences — each with their own individual goals and agendas for the event.

The walk will begin at the Law Courts at noon and will end at the Manitoba legislature.