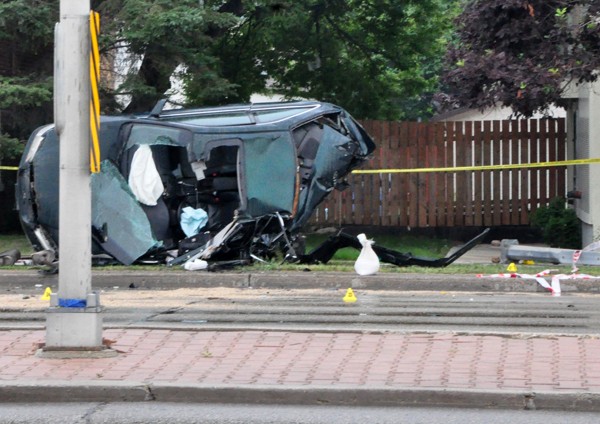 A green vehicle rests on its side on the south side of Portage Avenue on Sunday, July 15, 2012. (CHRISD.CA / ELISHA DACEY / METRO WINNIPEG)

Winnipeg Police said Sunday afternoon the accident happened at about 8:45 a.m. Two people were taken to hospital in serious condition, but have since been upgraded to stable.

Police have asked motorists to stay away from the intersection which is expected to be closed for several hours.