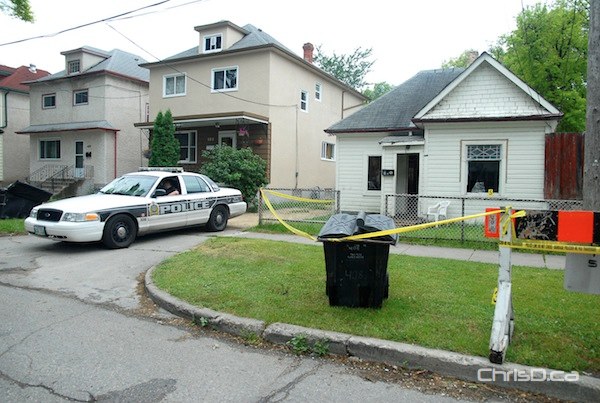 Police on the scene of a stabbing on Aberdeen Avenue, Monday, July 16, 2012. (STAN MILOSEVIC / CHRISD.CA)

A Winnipeg man is in stable condition after being stabbed at a house party early Monday morning.

Police said the man, 29, and two other males got into a fight at about 3 a.m. at a house at 408 Aberdeen Avenue. The victim was stabbed in the upper body and taken to the hospital.

Police said they have two males in custody and they are facing charges.