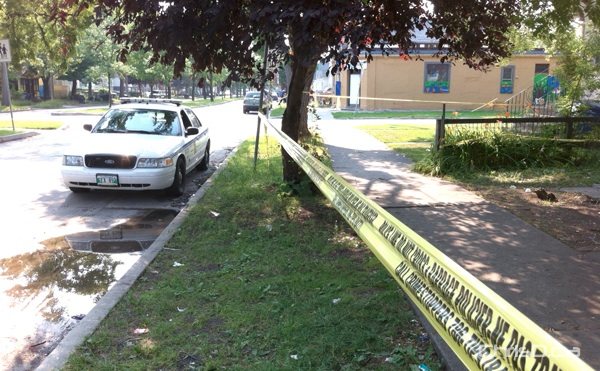 Police are investigating a home on Burrows Avenue after a shooting on Tuesday, July 17, 2012. (STAN MILOSEVIC / CHRISD.CA)

A Winnipeg teen is stable after being shot in the North End on Tuesday.

Winnipeg police said they were called to the 400 block of Burrows Avenue around 6 a.m.

The teen, 15, had been shot in the lower body. No other details were available except that his is stable in hospital.

← Previous: Buck Pierce Will Be Gone For Weeks Next: Body Found in Retention Pond →
Tags: Crime