Home » Sports » Buck Pierce Will Be Gone For Weeks

Buck Pierce Will Be Gone For Weeks 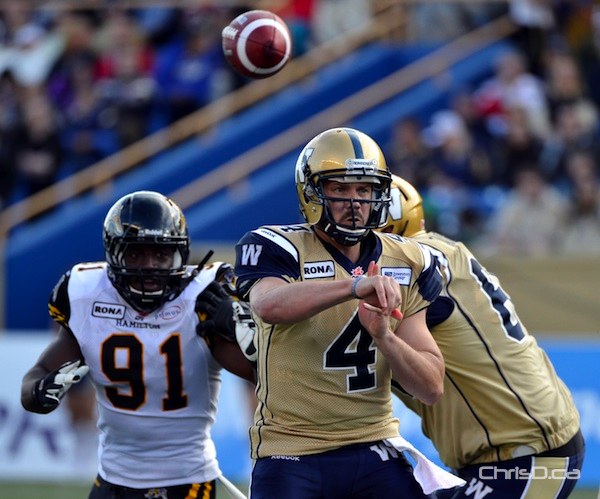 Winnipeg Blue Bombers quarterback Buck Pierce (R) makes a pass as he is pressured by Hamilton Tiger-Cats’ Brandon Boudreaux (L) during the first half of their CFL pre-season game at Canad Inns Stadium in Winnipeg on Wednesday, June 20, 2012. (FRED GREENSLADE / REUTERS)

“We received confirmation late yesterday evening that Buck has sustained torn ligaments and a torn muscle in his left foot as a result of Friday’s game,” he said in a statement posted on the Winnipeg Blue Bombers’ website.

“Buck will be in a walking boot for at least the next week and we  have full confidence he will do everything in his power to be back on the field as quickly as possible.”

Pierce was injured in Friday’s game against the Edmonton Eskimos. Backup QB Alex Brink will play in Wednesday’s game.