Rail Bridge Mural at The Forks to Get a Makeover 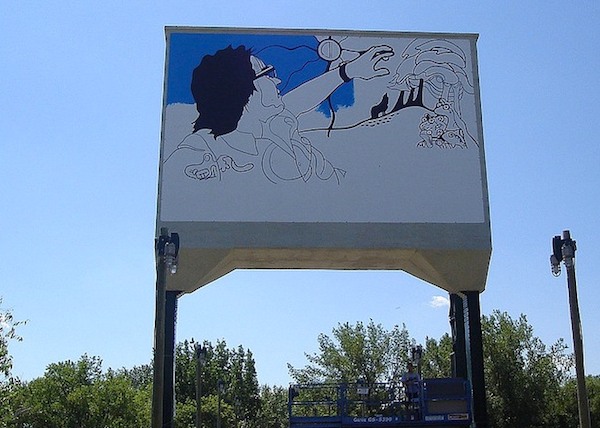 The mural painted on the side of The Forks’ historic rail bridge is getting a makeover today as its original artist spruces up his work.

“The mural has become a conversation piece to visitors of The Forks and we are happy to see it restored back to its original vibrancy,” said Paul Jordan, COO of The Forks.

The mural — measuring 30 feet wide by 20 feet tall — pays tribute to Cree artist Jackson Beardy as well as the other members of the Indian Group of Seven.