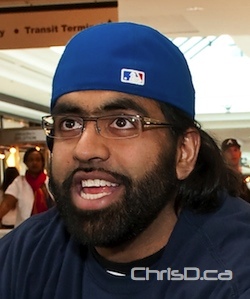 “Bison Football is certainly excited to have this opportunity to bring Obby onto the coaching staff,” said Bison football head coach Brian Dobie.

“As we begin the 2012 season, Obby has been a long time friend of mine and our coaching staff and has also been a mentor to our Bison players.”