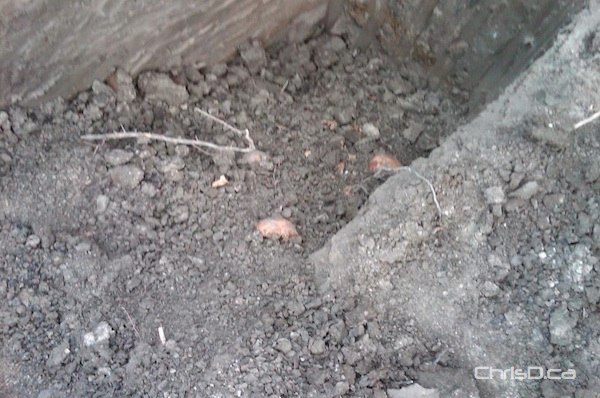 A human skull was found by construction workers on Tache Avenue on Wednesday, July 18, 2012. (PAUL McMILLAN / FOR CHRISD.CA)

Winnipeg police said a human skull found in St. Boniface is not a criminal matter.

Construction workers found the human remains Wednesday morning on Tache Avenue where they were digging a hole to rebuild a sidewalk. The remains were found across the street from the ruins of the St. Boniface Cathedral, which includes a cemetery.

Winnipeg police called the bones found at the site “historical in nature.”