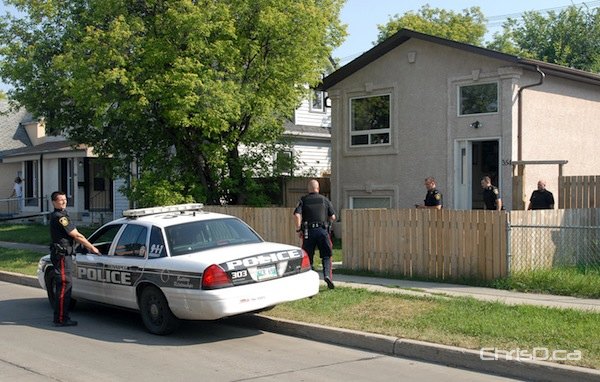 Two Winnipeg men are facing drug-related charges after police made a bust in the 300 block of Polson Avenue on Monday.

Officers swarmed the area just after 3 p.m., where they executed a drug search warrant.

Garrick Donald Upshaw, 21, and Matthew Oneal Jarvis, 23, were taken into custody at the scene.