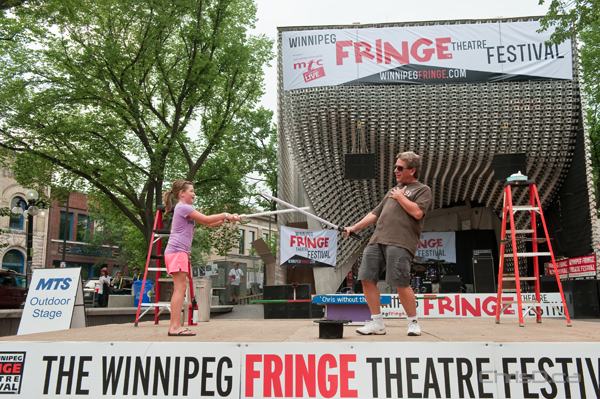 The Winnipeg Fringe Theatre Festival’s 25th year is turning out to be a huge success.

Organizers say daily attendance records were smashed between last Thursday and Sunday, with a total of 39,079 tickets sold — up from 33,029

“Fringers have taken up the challenge to see as many shows as possible and help make the Winnipeg Fringe the largest event of its kind in North America,” said executive director Chuck McEwen.

McEwen says this year’s festival is on track to break the 100,000-ticket mark.

The Fringe Festival runs until July 29.