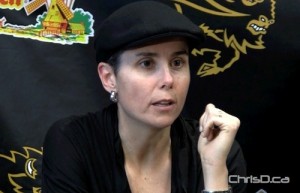 The University of Manitoba Bison women’s basketball team has announced Randy Kusano and Michele Hynes as the interim co-coaches for the upcoming 2012-13 season.

The pair will take over while coach Pam Danis is on leave.

Kusano, 60, is the winningest coach in the history of high school basketball in Manitoba. He is a current fully certified NCCP Level 3 coach with over 20 years of CIS coaching experience as an assistant with the Bison men’s program. Kusano is also a member of the 17U girls’ provincial team coaching staff.

Hynes, 24, completed her five-year university playing career with the Manitoba Bisons in 2010.

The Bisons open the regular Canada West season November 2-3 at Calgary and will host their first set of home games November 9-10 against the Brandon Bobcats.