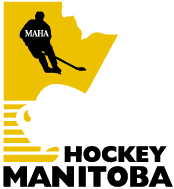 Hockey Manitoba has launched a new program aimed at broadening the horizon of hockey in the province.

“We feel great about this new package of programming designed to create opportunities within the game of hockey in our province,” said Bill Whitehead, president of Hockey Manitoba. “It’s been a couple years in the making so we’re very proud of what we have to offer and only hope to grow from this point on.”

Hockey Manitoba says player membership has remained relatively consistent in the province at just over 24,000 with a boost in 2011-12 to 28,070, while registration at a national level has seen a decrease in recent years.

A break down of the new initiatives under the Just Play program can be found at HockeyManitoba.ca.