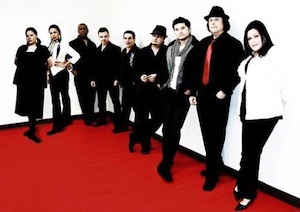 Supergroup Indian City is preparing for their performance at the West End Cultural Centre later next month.

The band, which includes Vince Fontaine, best known for his multi-award winning band Eagle & Hawk, will take the stage on Thursday, August 23.

Tickets are $15 in advance or $20 at the door and can be purchased at the WECC, Ticketmaster, Music Trader, and Winnipeg Folk Festival Music Store.