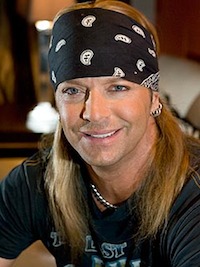 Poison frontman Bret Michaels is one of several acts coming to the city in the coming months.

The Casinos of Winnipeg announced Tuesday the latest “Celebrity Apprentice” winner and rocker will play McPhillips Station Casino on Sunday, October 21 as part of his “Get Your Rock on Tour.”

All shows are at McPhillips Station Casino. For tickets, visit CasinosOfWinnipeg.com.